SG on ROS vs DAP

Press Statement By DAP Secretary-General And MP For Bagan Lim Guan Eng In Kuala Lumpur On 27.7.2013.

Registrar of Societies(ROS) Director-General Should Show Proof That DAP Members Harboured Hopes To Form A New Party Or Else Be Exposed In Court Of Behaving Maliciously And Prejudged To De-Register DAP By Hook Or By Crook With False Fabrications And Made-up Lies.

Registrar of Societies(ROS) Director-General Datuk Abdul Rahman Othman should show proof that DAP members harboured hopes to form a new party or else be exposed in court of behaving maliciously and prejudged to de-register DAP by hook or by crook with false fabrications and made-up lies. Datuk Abdul Rahman said ROS would not likely entertain requests by DAP members to set up a new party.

This is outrageous as DAP leaders had neither considered nor raised the suggestion of forming a new party in our outside our regular Central Executive Committee(CEC) meetings. DAP regrets that Datuk Abdul Rahman is knowingly making such a bare-faced lie whilst fasting in the holy month of Ramadan. The ROS has allowed itself to be used a willing political tool by UMNO to defeat the DAP what UMNO can not succeed in the general elections by illegally de-registering it. 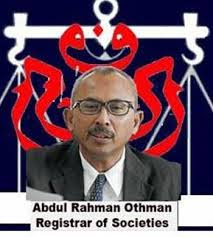 Clearly Datuk Abdul Rahman has pre-judged the issue even before completing investigations and is on a determined course to de-register the DAP. DAP will fight this latest attempt by BN to destroy DAP in and outside the courtroom. DAP will resist such unscrupulous attempts to pervert and sabotage the popular mandate of the rakyat through the general elections that gave DAP 38 parliamentary seats and 107 state seat, to be the second largest political party in Malaysia.

DAP has always co-operated fully with the ROS and given any information required as DAP has nothing to hide. At Datuk Abdul Rahman’s request, I had met him in the Chief Minister’s office in Penang with DAP National Organising Secretary before the general elections. At no time, did Datuk Abdul Rahman talk about calling for a fresh Central Executive Committee(CEC) elections to save the party. Instead Datuk Abdul Rahman had assured us that he would not make any decision until investigations are completed.

However by prejudging this issue, Datuk Abdul Rahman is clearly breaking his own promise. DAP had truthfully admitted on our own volition the mistake made in announcing the election results without any pressure from outside parties. Clearly ROS is determined to punish DAP for being honest. 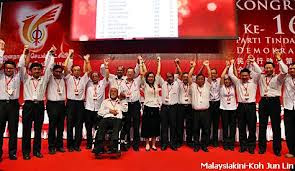 DAP have instructed our lawyers to look into this latest lie by Datuk Abdul Rahman and the possibility of defamation action against him and The Star for making such lies that we harboured hopes of setting up a new party.

Posted by speakforperak at 3:25 PTG