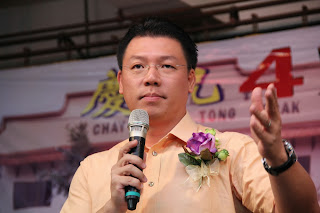 From ISA to SOSMA to PCA: The PM is MOONWALKIN​G! ~ William Leong & Ooi Heng 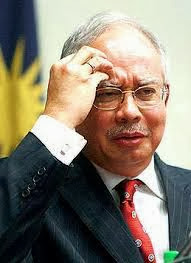 On 12th April 2012, Prime Minister, Dato Seri Najib Tun Razak invited Malaysians to walk with him in his journey to transform Malaysia[1]. Five days later, Najib tabled the Security Offences (Special Measures) Act (“SOSMA”) to replace the Internal Security Act (“ISA”).
Malaysians deciding whether to join Najib’s walk must know whether it is a walk for freedom like Nelson Mandela’s or Michael Jackson’s moon walking. Moon walking is a step that is apparently moving forward which actually is a backpedal taking you nowhere. Najib in replacing the ISA with SOSMA is moon walking.
Illusory Transformation
Najib announced a raft of reforms to entice lost support for the forthcoming general elections. However, he lacks the political will to push through these reforms. His fear of losing the UMNO warlords’ support has made his promises of reform to be all sound and no fury. KPRU and I have written a series of articles to show that Najib’s reforms are illusory[2]. In the 5th article of this series, we seek to demonstrate SOSMA is just another show without substance.
SOSMA
Malaysians’ joy in having the ISA and four emergency declarations abolished were short-lived. Najib in enacting SOSMA retained the power for arbitrary arrest. He swapped detention without trial under the ISA to detention without a proper trial under SOSMA.
Under SOSMA, the police have powers to arrest and detain any person whom they have reason to believe is involved in security offences for 28 days. The person detained is not entitled to challenge the legality of the detention. The definition of “security offence” is broadly and vaguely defined. It includes “activity which is detrimental to parliamentary democracy”. This may make those holding demonstrations for or against certain legislation to be committing a security offence. SOSMA allows the police to gather information in violation of privacy laws, statements from dead persons or persons that cannot be found to be admitted as evidence, to secure a conviction by lowering the standard of proof and creates a court procedure that does not meet the requirements of a fair trial. The Act allows the accused to be detained pending appeal even after the High Court has acquitted the accused. SOSMA is an affront to due process. It is a degradation of the rule of law and a return to the rule of men.
The Climate of Fear Continues
There is no adequate provision in SOSMA to prevent the authorities abusing the powers of arbitrary arrest and detention. Dato Seri Mohamed Nazri Abdul Aziz, Minister in the Prime Minister’s Department admitted in Parliament:-
“…the then Deputy Prime Minister, Tun Abdul Razak had promised in 1960 that the ISA will only be used against communists but it was not the case all the time.”[3]
Malaysians know the draconian powers of the ISA were used to stifle political dissent, silence critics, suppress the opposition, prevent public debate on important issues and to instill fear amongst the populace. Malaysians know those incarcerated under the ISA posed a threat not to the security of the nation but the security of the nation’s political masters. The 109 detained in 1987 under “Operation Lalang”, the Hindraf leaders after 2008, Seputih MP Teresa Kok, Sin Chew reporter Tan Cheng Hoon, Sungai Siput MP Dr Michael Jayakumar and the 23 PSM members for Bersih 2.0 had nothing to do with national security and everything to do with politics.
Nazri claims the provision in SOSMA that no person shall be detained because of his political beliefs shows the Government’s sincerity not to abuse the powers of detention. However, the provision is inadequate and impotent to stop the police abusing their powers to arrest and detain persons “whom they believe is involved in security offences”. It takes very little for the police to have reasons to believe that opposition leaders and human right activists are “waging war” and it will not take much for them to believe they are “involved in security offences”.
The recent police statements that Bersih 3.0 participants intended to cause death and are Marxists show the police’s propensity to believe in the slightest pretext has not been curbed.
The police charging Dato Seri Anwar Ibrahim, Azmin Ali, Chegu Bard and KEADILAN members under the Peaceful Assembly Act, the government’s suit against Ambiga and Bersih 3.0 organizers for damages, the police allowing beef burger stalls in front of Ambiga’s house, desecrating her as a Hindu and permitting butt dancing insulting her as a woman, do not instill public confidence that UMNO/BN will not manipulate and use the laws for their own ends.
The police have also allowed thugs and goons to heckle speakers and harass those attending Pakatan Rakyat rallies. In the recent Lembah Pantai rally, bricks and stones were thrown into the crowd injuring innocent members of the public. The police did not stop this violence. In preventing the public from making an informed decision as to whom they wish to vote, the people’s fundamental democratic rights have been violated. The Prime Minister has not spoken against nor taken action to stop these violations. By his silence he condones them. This can never be the conduct of one who truly believes in reform and champions democracy.
Najib has retained the tools of oppression under SOSMA. Even Nazri dare not give parliament an assurance that a Prime Minister will not use the powers for his personal advantage[4]. Najib has retained his mentor’s medicine, only the label is changed. The climate of fear continues.
The Power behind the Throne
Posted by speakforperak at 9:02 PTG Tiada ulasan:

Pakatan Rakyat has set up 2014 Alternative Budget Committee in July 2013 and already held several meetings to draft the 2014 Alternative Budget. This Press Statement forms the series of PCs setting agenda ahead of 2014 Budget.  Bayan Baru MP Sim Tze Tzin is the coordinator for Alternative Budget Committee for Ministry of Energy, Green Technology and Water (KeTTHA).
KeTTHA plays an important role in ensuring the quality of electricity supply is efficient and safe. The ministry also aims to minimize negative impact of usage and electricity supply on environment. These are good objectives. However the current government failed to achieve its target.
In the upcoming proposed Federal Budget 2014, the ministry must address 3 important questions surrounding KeTTHA.

1.              Will TNB raise the tariffs in 2014?
TNB president and CEO Datuk Seri Azman Mohd has recently announced that TNB is proposing to the government a tariff increase for domestic users of more than 200 kWh as a direct result of the fuel price hike. Comes the federal Budget 2014, the rakyat wants to know whether the government is going to raise the tariff. Whether BN is truly Barang Naik in Budget 2014.
Pakatan Rakyat has always proposed a review of TNB contracts with the IPPs. With the low cost structure and high profit margin, the IPPs are making huge profit based on unfair practices. They charge TNB exorbitantly, while benefiting from subsidized LNG from Petronas at the same time. The contracts with IPPs must be renegotiated to ensure that the people’s interest are given equal weight and does not only benefit the private lucrative businesses. However, with the emergence of 1MDB as a big IPP player in the energy industry, things have become more complicated. Will KeTTHA ministry do major reforms that could potentially hurt certain parties’ interests? Does KeTTHA have the political will to tackle these difficult issues?

2.              Why is Liquefied Natural Gas (LNG) sold at a 80% discount price to Independent Power Producers (IPPs), while the petrol price for the Rakyat increased?
The discount given to the IPPs represents a huge lost of revenue for the Malaysian Government. IPPs in Malaysia rely heavily on LNG to produce power. According to a World Bank report, 69% of Peninsula Gas utilisation was on power generation. Since 1997, the government has set a fixed price on gas that is sold to IPPs. In 2012, the market price of Malaysian LNG was at RM49.12 per million BTU, but the government fixed the price at RM10.70 for IPPs. In other words, IPPs are getting a whopping 80% discount from market rate LNG. According to research, this form of subsidy amounts to astonishing RM19 billion a year. Can the government explain why they cannot strengthen the terms of IPPs contract to channel the revenue back to the people?
In budget 2014, the rakyat wants to know why government raised their petrol price instead, but not LNG price for the IPPs.

3.              Will SEDA increase Feed-in Tariff for Renewable Energy (RE) to 2%?
The government has targeted to raise energy mix for RE up to 5.5% by 2015 or an equivalent of 985 Mega Watt, and eventually 4000 MW of RE in 2020. These are noble objectives. KeTTHA had set up a Sustainable Energy Development Authority (SEDA) to implement FiT mechanism for RE.

Recently, SEDA has proposed to raise Feed-in-Tariff (FiT) for RE up to 2% for electricity usage above 300 kWh. This is to increase RE funds for future FiT projects. The proposal is now with KeTTHA and the cabinet must decide in Budget 2014.

SEDA has so far failed to deliver significant results. In 2013, only 2MW of FiT quota were released to individual holders. And as of July 2013, only 112.44 MW were connected to the grid. This is a far cry from the 985 MW objectives in just 2 years.
To raise the Feed-in-Tariff (FiT) from 1% to 2% for electricity usage above 300 kWh, SEDA has not been able to prove the effectiveness of the first 1% tariff. If sizeable FiT are given to crony companies, how can the rakyat trust the authority to implement RE policies fairly to help Malaysia achieve the green target? In fact, many companies have failed to deliver their projects, but quotas were not retracted.
With SEDA in such condition, Pakatan Rakyat is doubtful that SEDA should be given additional 1%. We want SEDA to show significant improvements in implementing FiT projects. It has to be transparent in granting quotas and ensure successful implementation of these projects.
Pakatan Rakyat is all for clean and efficient RE energy. We are ready to push for extra FiT, but KeTTHA must commit to clean up the misallocation and administrative inefficiencies in Budget 2014.

Pakatan Rakyat will announce our 2014 Alternative Budget in October. We will contest Barisan Nasional Budget with better ideas. We will announce our structural budgetary reforms and corrective fiscal measures, to ensure fiscal sustainability and quality of life for the rakyat. 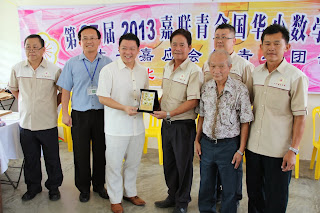