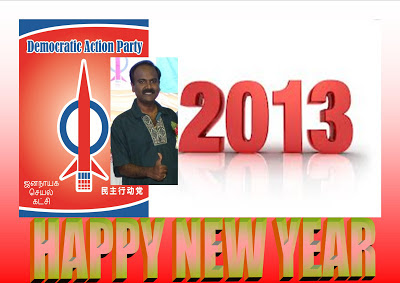 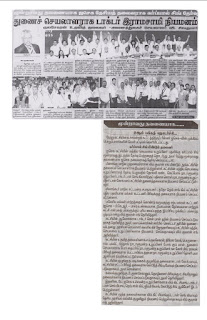 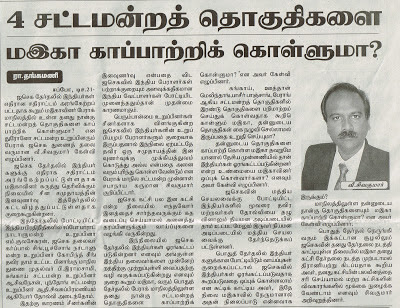 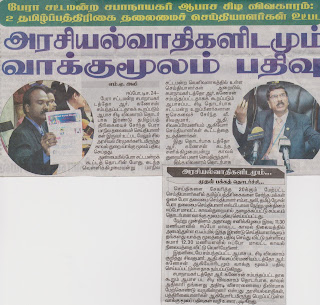 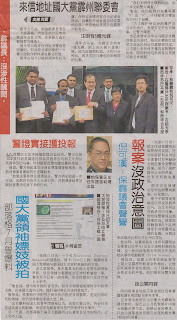 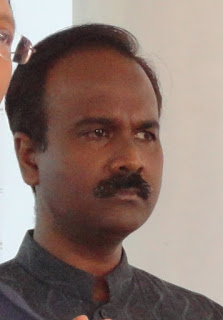 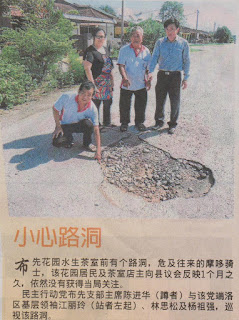 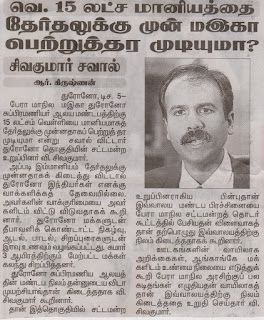 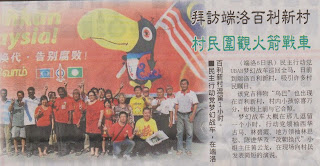 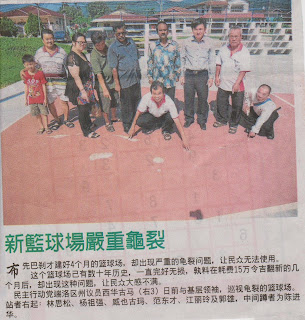 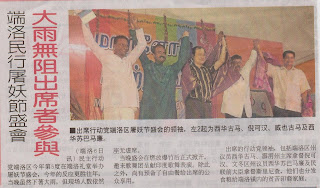 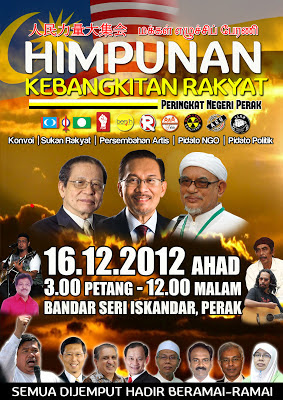 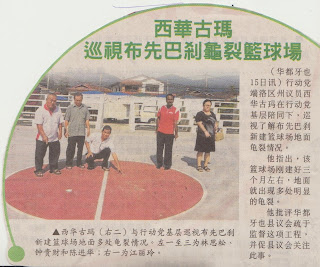 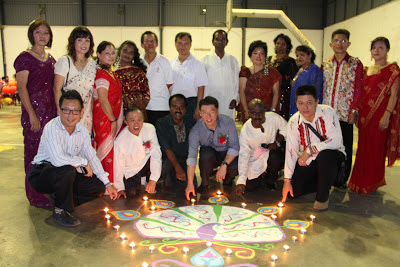 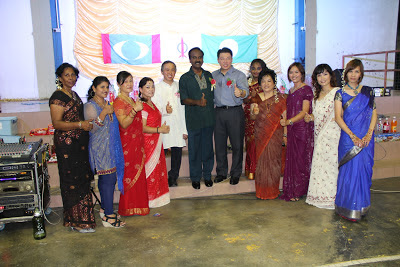 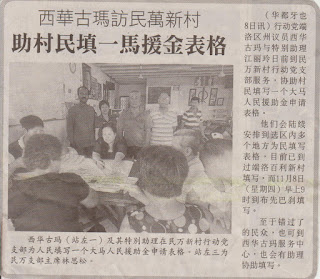 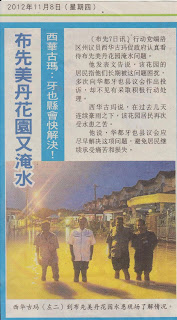 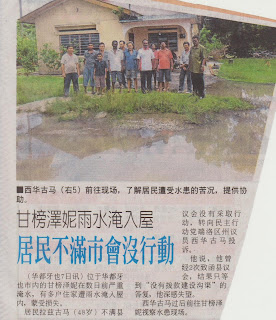 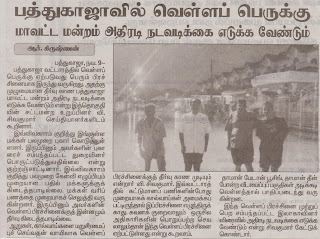 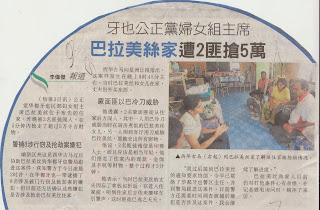 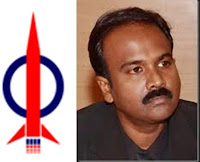 IT IS SHAMEFUL FOR A CHAMBER’S CHAIRMAN TO SPEAK WITHOUT KNOWING FACTS!
Malaysian Associated Indian Chamber of Commerce and Industry (MAICCI) chairman Datuk Kenneth Eswaran should be aware and know of what he is talking about and not blurt out words to just please someone else by shadowing the facts. K. Eswaran is advised to concentrate on his chambers work rather than involve in politics that I had noted he has shallow knowledge about it. It is not wise for a man in his position to criticize the opposition politicians without knowing the facts and figures. Do not behave as a clown by taking an opportunity criticizing the Opposition politicians.
In K. Eswaran’s statement, he had condemned the Opposition as a ‘family party’. This statement shows K. Eswarans’s ignorance in Malaysian politics. if he says PKR and DAP top positions are held by family members, what has he got to comment to these questions : who is Najib’s father? Who is Hishamuddin’s father?

Does this MAICCI’s chairman knows that Mahathir is trying his level best to make his son as MB of Kedah? How about Samy Velu’s son’s political base? Did he not think that Ling Leong Sik had groomed his son in politics? How about the Ong brothers? Aren’t all these people I had mentioned, families? I can add on to the list if he needs more info. Do not embarrass by making foolish remarks because as a chairman of a Chamber, K. Eswaran has to have a standard to maintain.
It is better for this MAICCI Chairman to concentrate 100% on his Chambers work and only mind his own business. There are so many problems in MAICCI that I am also been aware of that it is advised for the Chairman to solve that problems rather than interfering in the politics, which is alien to him. I am sure the MAICCI members will be happy if its Chairman does so.
The Indian community in Malaysia is so much back ward in business. There are so many poor Indians in Malaysia that K. Eswaran can help out.
K. Eswaran commented on Hindraf supporting Pakatan Rakyat because of the recent meet up session between Hindraf’s Chief and DSAI. He also told the Indians not to be taken as a ride. Is K. Eswaran saying that Hindraf has taken the Indians for a ride? Where was K. Eswaran when hundreds of thousands of Indians gathered in KL on 25/11/2007?  Did he come out to support the Indians? I am sure, he did not. Shame on you! And you do not have the right to talk about Hindraf! Most of the Indian MPs and SAs were there for PR taking part on the struggle and still are fighting for Indians. If it was not because of these struggles, we Indian would not have got even a peanut that Najib and his government are giving now. This includes whatever allocation that this chamber is getting now to win back Indian votes.
K. Eswaran must not forget that whatever the Indians are getting now is not because Najib is doing it full-heartedly. He’s doing it in the fear of losing. He is kneeling sown to the Indian community simply because he has lost supports from the Chinese and Malay communities.
So, K. Eswaran please do not sell out the Indians in this country for your own bread and butter.
Is K. Eswaran panicked when he issued his statement? He said that if opposition really wants to help the Indians, it should give more seats to the Indians in the next GE. Is he throwing a challenge? He is making a joke out of himself! Like I said earlier, K. Eswaran does not have politics knowledge. K. Eswaran, did you not know the fact that Opposition’s Indians’ state seats were more than BN-MIC seats? For example, 7 seats in Perak were contested by Opposition Indians and BN-MIC contested only 4! As for Parliament seats in Perak, Opposition Indians had contested 3 seats and BN-MIC had shaming 2-seats. The scenario is nearly the same in almost all states. Furthermore in PR ruling states there are more numbers of Indian Councilors were appointed compared to BN-governances’ era.
In addition, Perak was the first state in Malaysia to have appointed an Indian Speaker during its PR ruling. Why did BN never do this before nor in it’s any other ruling state as Johor? Another proud fact, PR had also appointed an Indian First Deputy Chief Minister in Penang.
I am indeed glad to feed K. Eswaran with some political facts. PR has a proven track and we believe that action speaks better than words.
Is K. Eswaran openly supporting Najib thinking that Najib would give him a seat to contest in GE-13?
If Najib’s 1Malaysia is true and has his support for Indians, can he give more seats for Indians to contest in GE13 compared to GE12’s number? 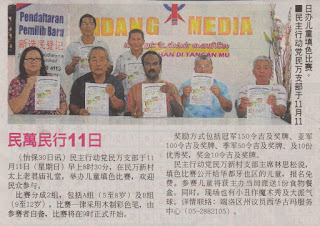 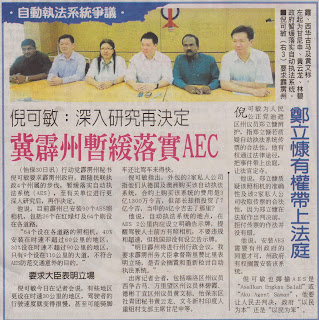 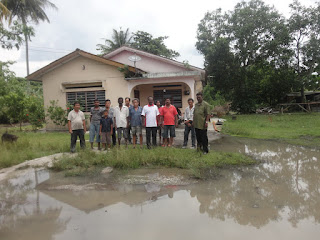