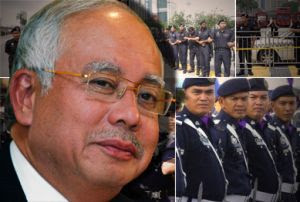 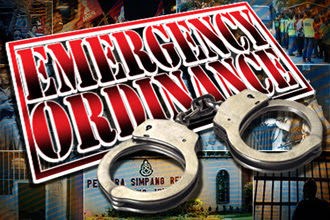 Dato’ Seri Najib appears to continue to place emphasis over the fact that some form of “Emergency Ordinance” which allows for detention without trial is the all-important, one-size-fits-all tool to kill crime in the country.  If the Government were to concede to the Police requests for such powers as perhaps “the” solution to fighting crime, the we will only be curing the symptoms, without resolving our weaknesses.
Instead of the Police asking for “whatever needed”, the Government should be the one which must execute “whatever needed” to reform the police force to be more professional, efficient and clean.  And by “whatever needed”, it means all sacred cows need to be slaughtered as well, including those vehemently objected to by the police force themselves.
The Prime Minister must carry out his order that “now police must train themselves how to look for evidence.” Dato’ Seri Najib had asked the police to now “provide evidence to charge them in court”.  This can only be done if the Government has the political will to enforce reforms onto the police force.
The Government must start by shifting 22,000 police officers from non-crime-fighting division to crime-fighting duties as recommended by the Tun Dzaiddin 2005 Royal Commission of Inquiry.  This is because less than 9% of the police force are placed in the criminal investigation department.  Instead “internal security force” such as the Federal Reserve Unit, the Light Strike Force and the General Operations Forces forms 31%, while the Administrative, Management and Logistic Units form 40% of the police force.
Secondly, the Police force must also reallocate its officers to urban centres.  Currently despite the fact that urban centres are more crime prone than rural areas, the former receives proportionately less allocations than the latter. For example, in Petaling Jaya city, the police to population ratio is 1:470 despite the fact that the national ratio is 1:270.
Thirdly, the Home Ministry must also support the establishment of the Independent Police Complaints and Misconduct Commission (IPCMC) as recommended by the Royal Commission of Inquiry, to help improve the professionalism and effectiveness of the Police force and regain the confidence and trust of the people in the force.  Without an IPCMC to provide the necessary check and balance, it is unsurprising that Police scored four on a scale five – five being most corrupt in Transparency International’s Global Corruption Barometer survey for Malaysia.  Corruption will inevitability destroy all efforts to fight crime in the country.
If the Government continues to ignore and hesitate over the above police reforms and restructuirng to be carried out, then Dato’ Seri Najib’s statement of doing “whatever needed” to fight crime will just be another empty promise.  The ultimate victims will be Malaysians who will continue to live in fear of their properties and their lives.
Tony Pua
Posted by speakforperak at 5:15 PTG