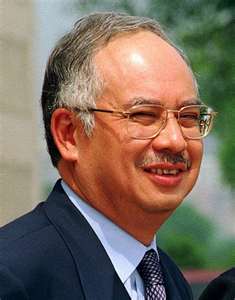 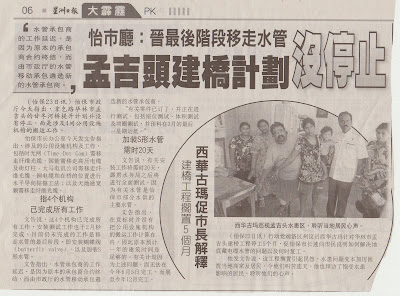 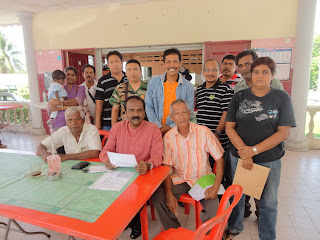 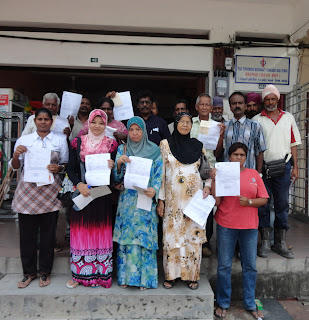 ON 22 MARCH 2012 IN THE SUBJECT OF
SUPPORT US MOTION CALLING FOR A PROBE INTO ALLEGED WAR CRIMES IN SRI LANKA.
The U.S.’s drive for an self-governing investigate into human rights abuses by government forces during Sri Lanka’s 26-year civil war has led to protests in Colombo against Washington’s policy toward the country.
Backers of President Mahinda Rajapaksa of Sri Lanka say the protests are spontaneous and show anger at the U.S. for interfering in their country’s affairs. Even those who oppose Mr. Rajapaksa admit a large group of Sri Lankan society opposes U.S. policy toward the government, which in 2009 defeated the Tamil Tigers in a blood-spattered end to the three-decade conflict. But they also claim Mr. Rajapaksa is mechanizing the protests, paying demonstrators and influencing state employees onto the streets.
The U.S. has approached a resolution to this effect at the United Nations Human Rights Council in Geneva. U.S. officials said they have received enough support to get the council’s members to accept the motion at meeting in Geneva that ends today.
The country’s Tamil minority had largely supported the resolution, which they believe is needed to force Sri Lanka to own up to abuses by government forces against Tamil civilians at the war’s climax. Rights groups say up to 40,000 civilians died in the final months of Colombo's military campaign to crush the Tamil Tigers, who waged a bloody decades-long campaign for a separate homeland for minority Tamils.
A documentary, "The Killing Fields of Sri Lanka" which was published by Channel 4 on June 14, 2011 in the United Kingdom and subsequently received wide publicity in the world have provided visual evidence that supports the fact that surprise in the form of war crimes witness reports, the amateur films, photographs and videos of mobile phones. The US resolution urges Sri Lanka to ensure "justice, equity, accountability and reconciliation" and says Colombo's own probe, the Lessons Learnt and Reconciliation Commission, did not adequately address concerns.
Worldwide rights activists said the US resolution was tabled because Sri Lanka did not do much to deal with claims of violations during the final months of its conflict with the Tamil Tigers in 2009. In a report says, the UN estimated some 100,000 people died during Sri Lanka's ethnic conflict between 1972 and 2009.
We, Pakatan Rakyat Perak is at all times fully support the US motion that was approved in Geneva.
Barisan Nasional’s move of not supporting UN’s resolution on Sri Lanka’s to probe alleged violations during its war with Tamil separatists, shows that Barisan Nasional is a heartless and senseless government. It is a shame for the Malaysian Government that had portrayed ignorance to this motion. As it is had been proved that the Malaysian government was not in favour of this resolution, it is wise for us to say that Malaysians should not support Barisan Nasional government at all.
The Malaysian Government has acted correctly when supporting action against human rights violations that occurred in Bosnia in the 1990s and criticized the same action when committed by Israel against Palestinians. We, Pakatan Rakyat support such action. However, the government should act consistently on the issue of human rights violations which are considered the worst place in Sri Lanka - human rights for the affected victims whether they are Tamil, Sinhalese, Hindu, Christian or Muslim cannot be sacrificed in order to safeguard economy of certain parties.
Why did the Malaysia Government did not support the US motion? It is because Barisan Nasional is afraid of losing its Indian votes in Malaysia. Therefore, to safeguard the Indian votes, Malaysia had shamelessly decline to support the human rights move.
How is it to believe now that the Barisan Nasional Government will preserve the human rights of its own people in Malaysia when it has an inconsistency attitude? We urge the Malaysians not to have ‘nambikai’ on this Barisan Nasional shameful government.
The approval of the proposed resolution by the UN Human Rights Council is important for long-term solution to the situation in Sri Lanka. The UN’s resolution against Sri Lanka's war criminals was successfully approved. 24 countries supported, 15 against and 8 abstained. Barisan Nasional government had rebelled by not voting for the Indians. MIC, PPP, IPF, Makkal Sakti Gerakan and must be out of Barisan Nasional if they have dignity.
Posted by speakforperak at 3:31 PTG Tiada ulasan: 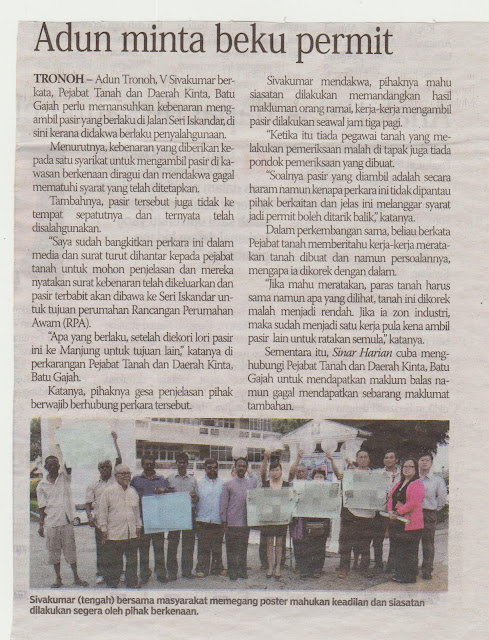 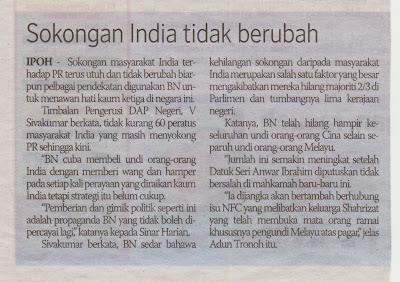 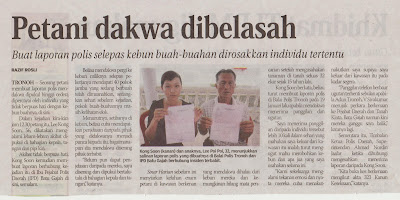 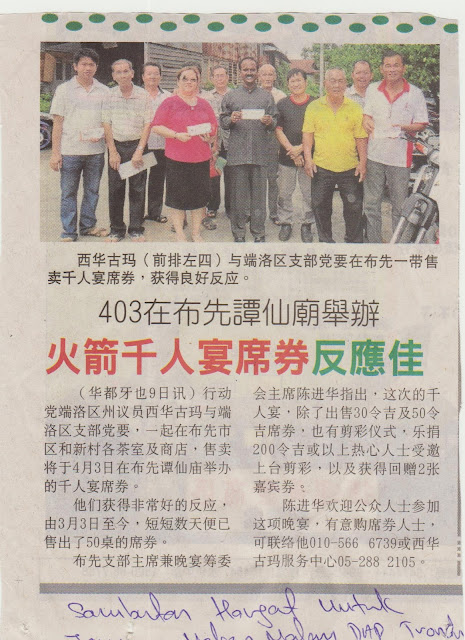 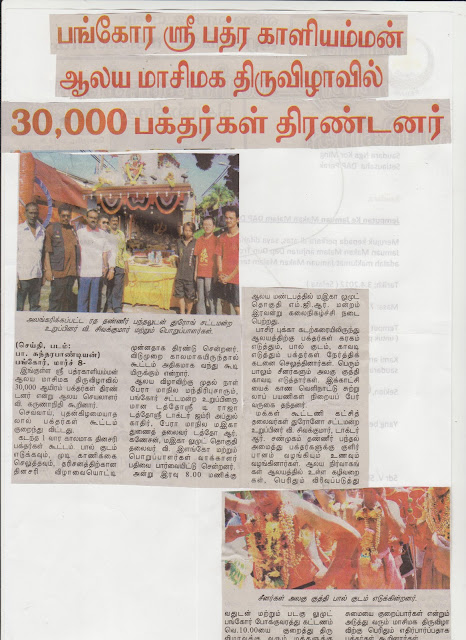 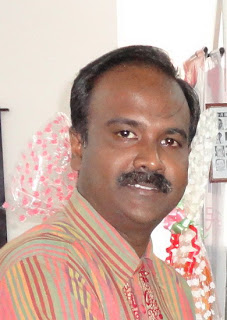