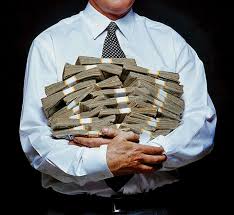 The recent weakness in emerging market equities is structural. The developing world has reached a crossroads in the search for a new economic model to replace an existing approach which, despite its success to date, has run its course.
The current economic model in emerging markets rose from the ashes of the 1997-98 crisis. That episode ripped bare the Washington Consensus that had dominated emerging market economic thinking since the fall of the Berlin Wall.
The Washington Consensus espoused the then current liberal economic thinking – fixed or quasi-fixed exchange rates, fiscal discipline, free trade, and round after round of privatisations. The model brought early successes in taming inflation, but failed in most other areas. The rapacious behaviour of multinational organisations during privatisations, in particular, convinced national governments that the Washington Consensus was a dressed-up model of neo-colonialism.
It is hardly surprising that the economic model that succeeded the Washington Consensus would carry deeply nationalistic characteristics. After 1997-98, one emerging country after another developed a model framed around economic and financial self sufficiency. It consisted of four key elements: cheap currencies, export-led growth, the accumulation of US dollar reserves and the development of non-US dollar sources of funding, especially via local currency debt markets.
By these means, EM countries believed they would never again find themselves on the hook to the US Treasury (or the International Monetary Fund), nor for that matter would they need to inconvenience local vested interests with “structural reform”.
This model worked pretty well for a decade. Exports boomed, the accumulation of US dollar reserves gave birth to a generation of sovereign wealth funds, local currency debt markets swelled, and local vested interests did rather well. A great deal of new wealth was created, and 2bn people were lifted out of poverty as a new middle class emerged, giving the model its political legitimacy.
But this approach has run its course. Cheap currencies are no longer so cheap, and in real terms have largely recaptured their lost purchasing power of 1997-98. Moreover, the export-led growth model is now crippled by a developed world that is rapidly moving towards balanced current accounts. It was good while it lasted, but the time has come for emerging markets to think anew. 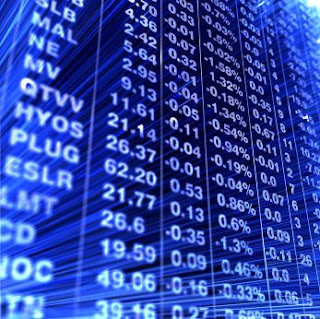 The next emerging market model needs to learn from the last two, keep what works, and move on. Emerging markets need to commit to free-floating exchange rates, keep hold of their US dollar reserves and continue to develop non-US dollar sources of funding. But they should abandon the world of cheap currencies and export-led growth.
The current round of competitive devaluations is a particularly disturbing policy development. Stagnation lies just around this particular corner. After the 2008 collapse, inflationary problems returned surprisingly quickly to the developing world in 2009-10 and emerging markets can ill afford to embed these pressures with successive devaluations.
Instead, emerging countries need to dust down the “structural reform” agenda they quietly abandoned a decade ago and move to revitalise domestic competition. Regulators need to be empowered to crack local oligopolies that stifle competition and growth. Swathes of industries from telecommunications to integrated utilities and beverage companies across the emerging world are in the hands of one or maybe two operators. This can strangle the small and medium-sized enterprises that typically generate employment.
Fiscal policy needs to find its way back on to the emerging market agenda. Structural reform has given way to fiscal fine tuning over much of the past decade. Tax reform is a priority, especially the mix between income and consumption taxes. In some developing countries, momentum behind pension and social security reform has flagged, despite the fact that demographics is turning into a headwind rather than the tailwind it has been for some time.
Finally, governance within the corporate sector has failed across the emerging world, even when companies are listed on developed country exchanges. Unless governance practices improve, the inevitable consequence will be a rise in the cost of capital for all.
The emerging world has made progress over the past decade. Further steps in the right direction will require a change to the economic model and some painful decisions. Those that can take these steps will continue to prosper; those that do not may look back at the past decade as a golden era.
Dominic Rossi is chief investment officer, equities, at Fidelity Worldwide Investment
Posted by speakforperak at 3:26 PTG