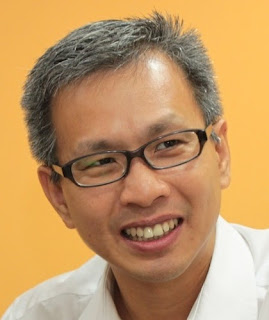 For the second term running, Barisan Nasional (BN) state assemblymen are again abdicating from their duties to the rakyat to act as an effective opposition to check and balance the Pakatan Rakyat state government.

For this new term, the unconditional offer to chair the powerful Public Account Committee (PAC) has been offered to the state Opposition Leader, Datuk Mohd Shamsuddin Lias.  However the latter has indicated that he will not take up the position giving the ridiculous excuse that the offer was “politically motivated”.

BN has also rejected the PAC chairmanship offer in 2008, after initially accepting it then.  However, after being firmly entrenched to the state opposition with fewer numbers for the second term, it is time for them to accept their role and perform their functions dutifully.

There is no point in the BN opposition making all sorts of wild allegations against the state government when the Pakatan Rakyat are giving the PAC chairmanship to BN on a silver platter.  As the chairman of the PAC, he will be able to set the agenda for the PAC meetings, review alleged misconduct and controversies, secure all relevant documents and interview any officer involved including State Executive Councillors.

Despite the slew of rhetoric and slogans in the Government Transformation Programme (GTP) to increase transparency and accountability, the BN government led by Datuk Seri Najib Razak has consistently refused to accept the first world parliamentary best practice of an opposition leader leading the PAC.

Hence even though the unconditional offer of the PAC chairmanship is to promote first world legislative assemblies, Datuk Seri Najib Razak has instructed that the position not be accepted because it will make him look bad in the Parliament.

It appears that Datuk Seri Najib Razak will not be able to live down the fact that a Pakatan Rakyat government accepts a BN PAC Chairman, while he is unable to practise what he preach in the Parliament.  The Prime Minister obviously fears a Pakatan-led PAC in Parliament which will be more pro-active and meticulous in uncovering various abuses, scandals and corruption in the BN government.

We call upon the Ministers in-charge of GTP, Datuk Idris Jala and Datuk Paul Low to play their part to push the Government to not only accept the PAC chairmanship in Selangor, but also to offer the Parliament’s PAC chairmanship to Pakatan Rakyat.  Datuk Seri Najib Razak must realise that he lost the trust of 51% of the rakyat in the last general election due to a poor record in transparency and accountability.  By offering the PAC chairmanship to Pakatan Rakyat, he will be able to prove that he is indeed walking the talk about fighting corruption and abuse of power.

However, regardless of whether the Parliament’s PAC chairmanship position is offered to Pakatan Rakyat, Datuk Seri Najib Razak must at the very least instruct Datuk Mohd Shamsuddin Lias to accept the Selangor state assembly’s PAC chairmanship, to act its role as a responsible opposition in ensuring transparency and accountability.

There is no more valid excuses that Selangorians can accept in the rejection of the role.  In fact, the failure of accepting the role will only permanently cement BN as the opposition in Selangor for the 14th General Election.  The rakyat will be able to tell that Pakatan Rakyat governments practice what we preach, while the BN Governments led by the Prime Minister is only good with the song and dance, with no earnest effort in making real transformation.

Posted by speakforperak at 7:07 PTG