A Layman's View On Amendments To The Constitution & Laws In Malaysia. 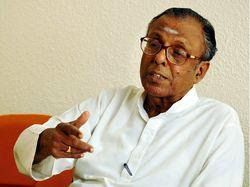 
1. Introduction:
I have noticed that from the year 1988, it had become the habit of the ruling government to rush through bills introducing new laws and amendments to our existing laws in a hurry both at the Parliament and State Assemblies. “Minimum time spent on debates” seems to be the fashion when changes to the law are to be made! There is minimal, if any, consultation with interested parties, before new laws or amendments to existing laws are tabled in the legislature.
Our MPs & State Assemblymen are elected by voters expecting them to serve the electorate full time. Yet, we find that there are not enough sittings of the Parliament and very often State Assemblies have ONE day sessions on the 'rare' occasions that they meet.
1988 was a crucial year for our country. It was just after Operation Lalang. That was the year our Lord President and 2 Supreme Court judges were sacked. And that was the year our judiciary was attacked, and the amendment to Article 121(1A) was made, which has now caused us Hindus so many problems.
2. Article 121(1A)
In the early 1990s most of the states made amendments to their respective State Constitution strengthening the rule to prevent apostasy.
As the then President of Malaysia Consultative Council of Buddhism, Christianity, Hinduism, Sikhism and Taoism (MCCBCHST) I was told that in many states the ADUNs were given a thick file of many proposals at about  9.00am and the non Muslim members of the ruling party VOTED IN FAVOUR of the proposal for changes in the Islamic Enactment in the State Constitution, all in ONE DAY!
When confronted by us they said that they had no time to read the proposals and voted in favour because the leaders of the government had 'assured' them that the changes were for the Muslims and had nothing to do with the non Muslims!
Had the non Muslims voted against the changes the respective amendments in 1988 in the Parliament and subsequently in states where non Muslims were more than 1/3 the members, these laws will not be in existence today!
It is interesting to note that only the non Muslims in the opposition voted against it.
3. Courts Divided.
The non Muslims only felt the blow of Article 121(1A) in the early 2000s.
First, was the case of Shamala Sathiyaseelan. Her husband converted to Islam, and secretly went to the Syariah Court for a divorce of his Hindu marriage. He also secretly converted their children. The Courts said they could not interfere with the conversion. Although they gave the mother custody of the children, the High Court Judge imposed an impossible condition – the Court told the Hindu mother she cannot “expose” the children to her own religion of Hinduism!
Then, the the death of ex Everest mountain climber Murthy really caused a lot of distress to non Muslims. Jabatan Agama Islam Wilayah Persekutuan (JAWI) secretly went to the Syariah Court, and the body was declared as that of a Muslim. The family's claim at the Civil Court was not accepted on the grounds that the Syariah Court had declared Murthy as a Muslim.
In my opinion the Civil Court Judge had 'abdicated' his judicial powers to the Syariah Court without completing a proper hearing, not even hearing the family to prove their case.
Subsequently similar cases of so called conversion to Islam were thrown out in the civil courts
There is an invisible BLOCKADE; where do non Muslims go from here?
4. Family Laws Related To Victims Of Conversion to Islam.
The present Family Laws for non Muslims seem to be in a quandary. Victims (almost always Hindu women) face obstacles when their husbands get secret rulings from the Syariah Courts.
The victims are innocent wives and children.
Discussions with the Attorney General are going on for about 10 years with no solutions found. This deadlock has also delayed the proposals of updating the present  Family Laws. Pending cases of wives and children of so called converts has caused much distress to innocent victims.
Indira Gandhi also was such a victim. Luckily, the Ipoh High Court gave her custody of her three children with no conditions about their religion. But until today, the Government of Malaysia and Government of Perak are both saying that the children are still converted to Islam. They are telling Indira to go to the Syariah court!
The government is saying that a Hindu must go to the Syariah court!
This is totally unacceptable.
Article 3 of our Constitution says that “Islam is the religion of the Federation”. We all know that. But everyone forgets that Article 3 also says (in the same sentence) that “other religions may be practiced in peace and harmony”.
The most important thing for us should be peace in our family lives. How can the law allow rogue husbands to evade their responsibilities just because they have converted to Islam.
5. Therefore, in the Hindu Agenda:
a)    We are not asking to remove Article 121(1A), but we are asking for another amendment to the Constitution so that non Muslims are not forced to go to the Syariah courts, and that it becomes clear and unambiguous that the Syariah courts cannot interfere with matters involving non Muslims.
b)    The Constitution must be amended so that our civil courts be restored to their former glory. Before 1988, Malaysia judges were considered some of the best in the world. We must get back to that state
c)    Amendments to family laws must be urgently made to prevent rogue parents converting children without the other parent’s consent.
Without these amendments, Hindus will have no peace and will have no harmony.  For continued unity, these requests in the Hindu agenda must be fulfilled.
It is my sincere wish that leaders of all political parties will give deep thoughts to the feelings of affected Hindus who have become victims of circumstances beyond their control.
Thank you.
Posted by speakforperak at 6:43 PTG