How can the repeal of Emergency Ordinance (EO) be the cause of rising crime, when our official crime index was at its peak before the EO was repealed? 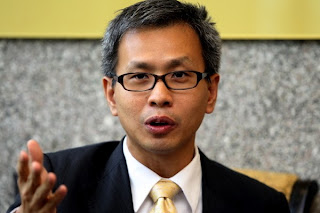 The repeal of the Emergency Ordinance (EO) at the end of 2011 has been blamed by both the Government and the Royal Malaysian Police as the sole cause of rising crime in Malaysia, particularly in the urban centres.
The repeal of the Act has denied the Police the power to detain “suspects” without trial.  The Police has gone on the record that because they can’t put this criminals away bypassing the criminal justice system, these criminals are hence walking free in our streets to create havoc, resulting in the rising crime rate.
The issue at hand is whether the repeal of the EO is indeed the cause of rising crime, or has it become the convenient whipping boy for the Police to cover up the lack of professionalism and competence in solving crime cases as well as prevent crime incidences?
Despite all the sound and fury, the Police has yet to present a shred of evidence that the recent spate of rising crime is due to “hardened criminals” released from the Simpang Renggam detention centre.  It does not appear that the police has caught anyone involved in the recent spate of armed robberies which points strongly to the repeal of the EO as being the “cause”.
In fact, if we were to study the crime statistics over the past decade, it will actually show that during the years when the EO was in place, crime was still rising aggressively.

As shown in the Chart above, the Malaysian crime index was rising rapidly from 2003 to 2008. At the peak, crime rate rose by 34.0% from 2004 to 2007.  During this period, the EO was readily available at the Police’s disposal and yet, crime was seemingly unstoppable.
After the launch of the “Reducing Crime” National Key Result Area (NKRA) in 2009, the official crime index according to the Government has dropped significantly, from 209,417 in 2009 to 157,891 in 2011.  This was attributed under the Government Transformation Plan to greater allocation of resources to patrolling and fighting street crimes.  The “achievement” if true, was never ever attributed by the Police to the increased use of the EO to detain alleged criminals without trial.
While we dispute the accuracy and completeness of the Police crime index, the Police themselves have presented that crime levels in 2012 was the lowest in a decade at 145,891 or a decline of 7.6% from 2011.  Most tellingly, the decline of crime, according the police’s own statistics, was achieved despite the fact that the EO was repealed during the year. 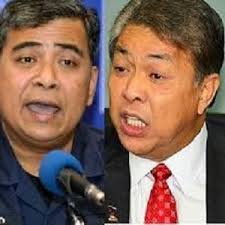 Hence, based on the above official crime statistics presented by the Police themselves, how can the Inspector General of Police (IGP), Tan Sri Khalid Abu Bakar and the Home Minister, Dato’ Seri Zahid Hamidi, now blame the cause of rising crime almost entirely on the repeal of the Emergency Ordinance?
We call upon both the IGP and the Home Minister to heed Dato’ Seri Najib Razak’s advice when he announced the repeal of the EO in 2012, that “now police must train themselves how to look for evidence.”  Instead of just catching suspects and chucking them into EO detention, Dato’ Seri Najib asked the police to now “provide evidence to charge them in court”.
The focus of the debate to fight rising crime must be on how to improve the professionalism, efficiency and effectiveness of the Police in fighting crime.  It should not be on how new laws to allow for detention without trial can be drafted to overcome police incompetence.
Tony Pua
Posted by speakforperak at 5:40 PTG