The phrase said at weddings, 'Let he who has anything against this couple coming together, speak now or forever hold his tongue' has been given a nasty and embarrassing twist by JAIS, the keeper of the faith. 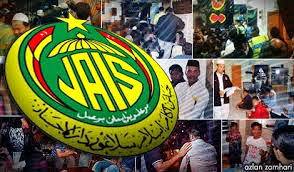 It seems that the religious body has bitten on its own tongue instead by its disruption of a Hindu wedding. This is totally unacceptable, to say the least. It is sad that religion is used to disrupt and cause embarrassment to a wedding couple in front of invited guests in an auspicious occasion.
If a religious enforcement body did not observe and understand this basic courtesy, it should cease to exist and therefore should be closed by authorities. It does no good to the peace and harmony of Malaysia which has to face numerous challenges both domestically and abroad.
Instead, JAIS as keeper of the faith should have come forward to help Zarina Abdul Majid in the past seven years when she was knocking at national registration doors many times seeking to change her religious status. These actions would have won more support and friends for JAIS. After all, it is very clear that she is not a practicing Muslim and that she was converted by her irresponsible father a long time ago and who is nowhere around now. 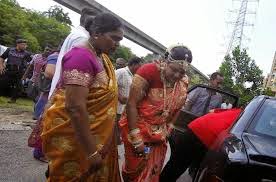 The conversion was done when Zarina was a minor. Now as an adult, she should be allowed to decide her religion. Instead of aiding and helping her, JAIS waited for the most auspicious occasion of her life to cause her maximum embarrassment.
Has it not occurred to JAIS that Zarina is also a human being whose wish must be respected? JAIS should have been more humane and ought to respect peoples’ wishes rather than imposing their own religious ideals and rule.
JAIS could have used their good office to show the gentle and kind face of Islam.  Instead It makes people of other faiths lives miserable. JAIS can play major role in fostering harmony and unity in plural society.
JAIS should inform the general public what their agenda is about and who they have served or serving. They should endeavor to make the nation and Malaysians more united, tolerant and accept each other. Otherwise it is waste of taxpayer’s money which Malaysia can’t afford... Now or ever.
JAIS should stop bullying the minorities and learn to be humble and more resourceful to make Malaysia a better place for all to live. They should stop prying into other people's business and constantly looking around to pick a fight with other religious groups. They seem to be hell bent to antagonize non-Muslim groups. The hardliners behind JAIS may be sick in their heads to inflict maximum embarrassment to the wedding couple.
Earlier, in April 2014, JAIS raided bible society of Malaysian (BSM) building in Petaling Jaya and confiscated 330 Malay and Iban language bible. These bible copies have been returned yet. This incident has caused major embarrassment for Malaysia internationally. One can only hazard a guess as what kind of embarrassment and damage JAIS is going to cause next?
While the prime minister is making all efforts to portray Malaysia as a moderate country undergoing economic transformation and religious moderation, the 'holy' endeavors of JAIS works counterproductive to all that rhetoric.
Malaysia has come a long way since independence as a moderate and progressive country. Agencies like JAIS should not be allowed to destroy all those years of hard work and sacrifices of our previous leaders and forefathers as well ordinary citizens from all faiths.
Instead of a quiet and joyous occasion among family and friends, this wedding has become a national and perhaps international embarrassment for the authorities. Did this incident serve us a lesson? I wonder.
The only silver lining in this embarrassing episode is the assurance of Selangor Menteri Besar and Selangor government to fulfill Zarina’s  wish on the religious status. That will make up for the humiliation the wedded couple underwent.
S.Ramakrishnan
(former senator)
5/6/2014
Posted by speakforperak at 9:53 PTG