“Near slush funds” in the Prime Minister’s Department’s Budget 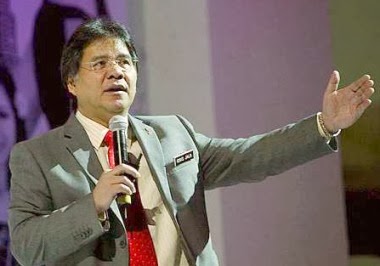 Datuk Seri Idris Jala, Minister in Prime Minister’s Department, is wrong to suggest that the Prime Minister’s Department received an extraordinarily huge budget “because it is the decision-maker and implementing body for government policies.”
According to Idris, various units under the PMD are the main bodies for the economic growth of the country. “For example, the capital expenditure for the country is channeled through the Economic Planning Unit. This unit is huge and placed under the PMD.” “The department is the coordinator for the country in various aspects. Hence it requires a huge allocation.”

Idris is wrong for three reasons:

These “near slush funds” meant for political purposes with scant details are listed as followed:


The items listed above is just a tip of the iceberg in the entire budget which is filled with such discretionary “black holes” that can be easily turned into slush funds to favour political supporters of the Prime Minister.

Dana Facilitasi or the Facilitation Fund, costing RM4 billion, deserves particular attention. It was first introduced in the Budget in 2011 (RM1 billion), and followed by RM2.5 billion (2012) and RM2.5 billion (2013).

I call on the Government and in particul
Posted by speakforperak at 8:12 PG