DAP, or Democratic Action Party, is still seen by many as a political organisation with a lot of Chinese leaders and members. Therefore, it is often perceived as a Chinese party.
However, the real Chinese party in Malaysia is MCA or the Malaysian Chinese Association. Only Chinese join this party, and it is only interested in serving the Chinese community, although in practice it is more about the interest of the Chinese Malaysian capitalists and their government cronies.
Due to its Chinese characteristics, MCA is not an organisation for all Malaysians. It is only limited to the Chinese community who represent less than 25% of the country’s population.
By its minority nature, MCA is usually bullied by its de facto leader in the Barisan Nasional coalition – Umno – an ethnic Malay party claiming to represent most of the 60% of Malaysian population.
Umno was originally a Malay nationalist party formed in the 1940s but has transformed itself into some sort of a supremacist party of today – although there are some leaders and members who are not too happy with its current insular tendency. 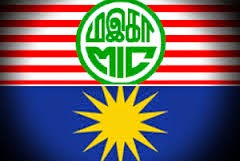 For parties, such as MCA and its Indian-based counterpart MIC, they are trapped in a racial game where Umno leaders will always be in charge of everything. Umno will always lead merely by claiming racial superiority in terms of numbers, that is, Malays being the majority ethnic group in Malaysia.
However, in reality, by selling the propaganda that Umno “protects” the Malays, Umno leaders and their cronies managed to keep the economic cake for themselves, leaving the poor Malays poorer while antagonising all other Malaysians who have no connections with the big business.
Such is a vicious cycle of a race-based political system. Under BN, it has become the epitome of racism; and racism hurts everyone, including the Malays who do not agree with the views of the Malay supremacists.

An example of this arrogance of power is when a government minister Datuk Seri Shahidan Kassim proposed that Malaysians should vote along racial lines. This means Malays vote for Malay candidates, Chinese vote for Chinese candidates and so on. If accepted, this could further segregate Malaysians who are already separated by race and religion.
So where does DAP fit into this scenario?
DAP is not a race-based party. It has never fought for merely the sake of Chinese community. It fights for the rights of all Malaysians.
Its first ever slogan was Malaysian Malaysia – where Malaysia belongs to every Malaysian, and not any person from any particular race or religion, where equal opportunity is the norm of our daily life.
From day one, DAP is a multiracial party. But the Umno-led government has used and continued to misuse state apparatus and the media to vilify DAP, to falsely accuse DAP of being racist.
After almost 50 years being fed with such a lie, it is not surprising some Malays believe it to be true. They believe that DAP is a Chinese party that fights only for the Chinese.
But it’s not just the Malays who believe it. Some Chinese believe it, too.
Apparently some of these Chinese actually joined DAP, thinking that DAP is MCA 2.0, that is, an alternative party for the Chinese Malaysian. These people must have thought that since MCA had failed to help them, DAP should be the next best choice.
The problem with this line of thinking is that it is racial in nature, and will only perpetuate segregation and racial hatred.
This is why it’s important for some DAP leaders and members to realise that DAP is a party for every Malaysian; its ideology is social democracy and its core values are freedom, justice and solidarity. It also believes in freedom of religion and that religion is personal. It is not for any particular ethnic group or any particular religious organisation.
However, screaming about idealism without putting into practice those good, positive fundamental values does not mean much in real life.
When all DAP members are clear about it, it will only be a matter of time they will work harder towards sharing the idea of DAP with all Malaysians; seeing everyone as Malaysian, as human being regardless of gender, and not as a race or a person representing a certain religion or belief. – April 8, 2014.
* This is the personal opinion of the writer or publication and does not necessarily represent the views of The Malaysian Insider.
Copyright © 2014 - The Malaysian Insider
Posted by speakforperak at 7:06 PTG