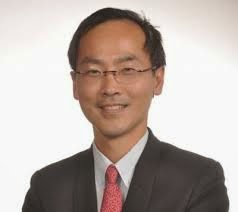 In my question to the Minister of Defense, I asked if the government was willing to consider further monthly or yearly financial assistance to the 234,000 non-pensionable ex-servicemen in coping with the burden of the expenses they face due to the recent price increases of essential goods and services.

Unfortunately, the minister stated that the government has no wish to give any more financial aid to the group concerned. Instead those with financial difficulties are advised to apply for assistance from the Skim Sara Hidup JHEV (Jabatan Hah Ewal Veteran). However, only those older than 65 years old or disabled are qualified to apply.

There had been calls by many non-pensionable ex-servicemen for the government to help them financially with the sudden surge in the cost of living this year. There are as many as 234,000 of them who have served in the armed forces short of the 21 years required to qualify for the pension.

In February, 2013, a one-off 1 Malaysia Non-Pensionable Veterans Aid (SVTB1M – Sumbangan Veteran Tidak Berpencen 1 Malaysia) of RM1000 was given out by the government in recognition of the important contributions and sacrifices of these ex-servicemen. This was on top of the other financial assistance like BR1M.

As we know, from the end of last year, there had been price hikes of most things following the increase in the prices of petrol, sugar and electricity. Why was the financial aid given last year before all these price hikes but not this year?  The government said the rationalization of the subsidies was to allow for more targeted financial assistance of the needy group. Many non-pensionable ex-servicemen are having problems finding a permanent job, let alone a well-paid one. Many ended up working as van drivers or security guards. In December 2012, the then Deputy Foreign Minister Datuk Richard Riot mentioned more than half were earning less than RM750 a month and living below the poverty line. These low income ex-servicemen with no pensions can be easily identified and given appropriate helps.

In fact, the Ministry of Defense received an allocation of RM 224million for the SVTB1M in 2013. As of August 2013, only 90,000 veterans had applied and collected the SVTB1M of RM1000. Therefore RM134million was not collected and could be carried forward to 2014.

I hereby call on the government to consider giving financial assistance yearly to the struggling non-pensionable ex-servicemen for the sacrifices they have made for the country, not just during an election year.
Posted by speakforperak at 10:29 PTG