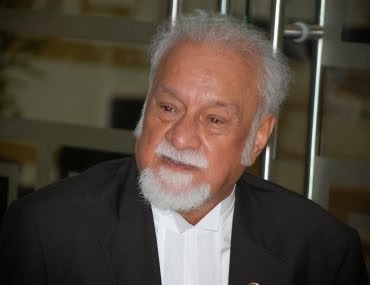 Executive Secretary of DAP International Affairs Bureau, Howard Lee Chuan How was invited to represent DAP & Malaysia in delivering a workshop on ‘Progressive Campaign Tools’ following the DAP’s results in the recently held 13th Malaysian General Elections. This is one of three workshops conducted during this conference, aimed at providing delegates an opportunity to learn from the successes of recent campaigns, as well as to share best practices

One of the goals of the conference was to also formalise the structure of PA, in which a Board has been agreed to be its core working body. As an active player in the Asian regional scene of social democratic activism, DAP was invited to join as a member of the said Board. Howard Lee represented the DAP in the convening of the first Board of Progressive Alliance (B-PA) meeting held during conference.

Howard Lee made a passionate plea to the newly convened B-PA to stand in Solidarity with the recently convicted National Chairman of DAP Malaysia under the draconian Sedition Act.  Karpal Singh, who is also the member of Parliament for Bukit Gelugor was found guilty of insulting the Perak Sultan during the Perak constitutional crisis in 2009. The B-PA acknowledged the plea and extends ‘deep sympathy, concern and solidarity’ with Comrade Karpal Singh, and will be deliberating in on the matter more detail in days to come.

Howard Lee, who is also the State Assemblyman for Pasir Pinji, in his capacity as a Board member urged for the B-PA and the international community at large to condemn the Malaysian Attorney General Chamber’s selective prosecution of the ruling regime’s political rivals, especially by using archaic and outdated laws like the sedition act

“This is a clear case of ‘persecution by prosecution’ on the part of the AG’s Chamber. The Prime Minister himself  announced on 11th July 2012 that  the sedition Act will be repealed to make way for a new National Harmony Act. I urge the international community to join right minded Malaysians in exerting pressure on the Prime Minister to fulfil his promise. The Sedition act and its continued implementation will only earn our beloved nation a reputation of being an autocratic, draconian country stuck in the dark ages,” says Howard Lee who is also the Director of Policy for DAP Perak.

It is also understood that the B-PA will be monitoring Karpal Singh’s court case closely, pending the court’s sentencing on the 11th of March. Representative of several member parties of the PA has proposed ‘actions of solidarity’ be taken though no concrete plans have been made yet.