‘MIC a toothless tiger in BN’ 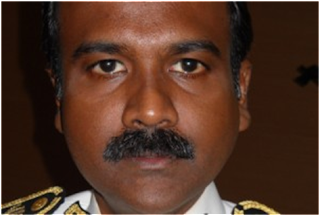 IPOH: Perak DAP has accused MIC of being a “toothless tiger” in the Barisan Nasional (BN) coalition with no political bite to fight for the social and economic betterment of the Indian community.
Party state deputy chief V Sivakumar said, “MIC is just a small party in the BN coalition with no political voice to either fight or champion the rights of the Indian community for the past 53 years.”
He listed 10 points that have greatly affected the community which MIC leaders had allegedly failed to take up with Umno leaders:
• MIC has failed to take up the scholarship issue of deserving, bright SPM Indian students who were denied the right to study overseas;
• MIC did not do anything concrete to ensure that the controversial Malay literature book “Interlok”, which had hurt the feelings of the Indian community, is removed from the SPM syllabus;
• MIC has failed to increase the percentage of Indians working in the civil sector which is less than 5% now;
• MIC has failed to address the social grievances of thousands of Malaysian Indians who have failed to get birth certificates and proper citizenship rights like blue identity cards;
• MIC has not played its role in ensuring that plantation workers get a minimum wage for the past 53 years;
• MIC has not done anything positive to improve the equity share of the Indian community which still stands at about 1.5% after 50 years;
• MIC has not ensured that the Tamil literature subject in SPM examination is given importance as a compulsory subject for the selection of scholarship awards and as admissions into the local universities;
• MIC has not been proactive in ensuring that all partially-aided Tamil primary schools in the country are converted into fully-aided government schools to ensure that the Indian pupils enjoy all the education facilities and benefits that national primary school pupils enjoy;
• Why did the MIC remain silent when Perkasa leader Ibrahim Ali had warned both MIC and MCA not to touch on the allocation of scholarships given by the Public Service Department?
• Why did MIC choose to remain silent when the prime minister's former special assistant, Nasir Safar, had made a seditious statement that all Indians came to Malaya as beggars?
Sivakumar scoffed at reports that 20,000 Pakatan Rakyat Indian members have joined the MIC.
He was responding to MIC chief G Palanivel who reportedly said that 20,000 unhappy Pakatan Indian members had allegedly joined MIC recently.
“MIC’s claim is ridiculous. It is easy to make such a sweeping statement without data and figures to back up,” said Sivakumar who was the former ousted Pakatan Perak state assembly speaker.
'MIC politically desperate'
Sivakumar claimed that MIC, now politically desperate, is attempting to paint a rosy picture to Umno of its increasing support among the Indian community just to get back the seats it had lost in the 2008 general election.
“MIC is trying to give this figure (20,000) just to satisfy its political master, Umno, which will think that MIC is gaining popularity as a rejuvenated Indian party,” said the DAP leader.
Sivakumar, who is DAP Tronoh assemblyman, also claimed that Umno has lost confidence in the political ability of MIC to pull in the Indian votes for BN in the coming general election.
Thus, it has resorted to supporting other mosquito Indian-based parties like Malaysian Makkal Sakthi as an alternative to the MIC.
“Many Umno leaders in their public speeches have said that they can win more seats without the support of (MIC’s) Indian votes,” he alleged.
Sivakumar said that even Umno leaders like Minister in the Prime Minister’s Department Nazri Abdul Aziz was reported as saying that Perak MIC should not be given any state seats as the party allegedly does not command the support of Indian voters in the state.
He also alleged that Umno is now prepared to go alone without the support of MIC in the coming general election.
“MIC has become irrelevant now to Umno as it (MIC) does not command the support of the Indian community ,” Sivakumar alleged.
“Also, it makes no difference whether MIC is in or out of the Cabinet as it does not have the political voice to speak out,” he said.