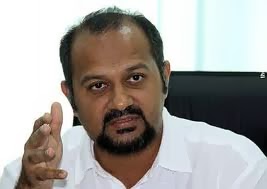 The ROS has in its letter to the DAP dated 6.12.13 said that it is yet unable to recognize the DAP's Central Executive Committee elected through its Special Congress on 29.9.2013.

The ROS says the report sent by the DAP is too brief. It has requested further documents from the DAP so as to ascertain if the said reelection was conducted in accordance with the directive of the ROS to the DAP through its letter dated 30.7.2013.

In addition, the ROS has advised the newly elected members of the DAP Central Executive Committee not to make any decisions on behalf of the DAP until the ROS completes its investigation and communicates its decision over the regularity of the said reelection to the DAP.

The DAP has decided as follows.

First, let it be known that the report sent to the ROS over the reelection of the CEC is in its usual format, which is the same used for such reports by the DAP and accepted by the ROS in all previous years. As such, there is no basis for the ROS to say the report is too brief.

Second, the DAP calls upon the ROS to explain which law gives the ROS the power not to recognize the newly elected CEC and to call upon the newly elected members of the CEC of the DAP not to make any decisions for the DAP pending this investigation.

Needless to say, this is a position most serious in nature which cannot and must not be taken lightly. It has very far reaching consequences upon the DAP.

The ROS cannot and must not act beyond the powers conferred upon it in law and any such attempt to so do would be ultra vires, unlawful and not binding in law.

Third, the ROS must give the DAP full particulars of the complaints made against the DAP which the ROS now purports to investigate. The DAP is entitled to know who complained in respect of the reelection and what the basis of the complaint is.

The DAP is entitled to a right to respond to any such complaint and the ROS must consider this explanation before making any decision which would impact upon the DAP. This is most basic and fundamental in law.

Until and unless this is done, the ROS has no power to compel the DAP to comply with its letter aforesaid. The DAP is fully prepared to and will not hesitate, if the need arises, to seek judicial pronouncements over the legality of the conduct of the ROS in this regard.

The DAP will write to the ROS demanding an explanation in respect of the matters above.

The ROS must first show that the position it has taken in its letter dated 6.12.13 is in keeping with the law. If it is unable to do this, it must withdraw this letter.

If the ROS fails to reply or persists nevertheless, the DAP will likewise respond with legal action which consequences the ROS must then be prepared to face in full thereafter.