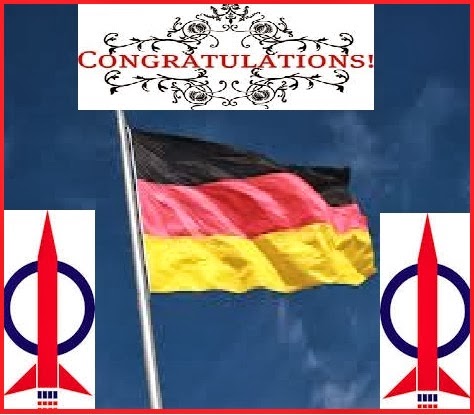 The Malaysian Democratic Action Party (DAP) hereby extends our most heartfelt congratulations to our comrades in Social Democracy, Sozialdemokratische Partei Deutschland (SPD) for having successfully ratified the coalition government agreement with the Christian Democratic Union and Christian Social Union of Bavaria (CDU/CSU) through the unprecedented referendum involving all of your 474,800 members.

DAP applauds the efforts of SPD in the five week long negotiations which produced the 185 page agreement setting out to bring a real improvement in the lives of Germany's increasingly numerous low-paid workers .

We would also like to express our deepest respect for the SDP for fully and unequivocally embracing the spirit of democracy. This can be seen by the decision of your leadership, in putting the power of deciding whether or not to sign the said agreement, back in the hands of every single one of your 474,800 members of the SPD. This is democracy of the highest order.

Germany has been known as one of the most experienced nations in coalition politics, though the international community have been made aware that these coalition negotiations have been hugely intense. The initial democratic voices of dissent against the coalition agreement and its prospective agenda have also posed a considerable challenge to all parties concerned; SPD has shown the world the true power of real democracy at work.

We congratulate SPD in holding firm to the social democratic agenda and having successfully translated the negotiations into a governance agenda that will secure prosperity and social security of the people of Germany. With a new minimum wage being worked into the heart of the coalition agreement, SPD’s firm social-democratic stance from the beginning will surely usher in a new hope for the German people. Now that the SPD membership base has given a resounding mandate to the agreement, we are thrilled for you that the new government can now put it to work.

DAP wishes SPD all the best in the grand-coalition with CDU/ CSU and we look forward to further working together with SPD as continued comrades-in-justice, with SPD at the seat of Government for the forthcoming electoral cycle.