New crime-prevention legislation that critics say would allow detention without trial for years was passed by Malaysian lawmakers early on Thursday, and immediately slammed by opposition figures and human-rights activists as a strengthening of Prime Minister Najib Razak’s increasingly authoritarian administration. 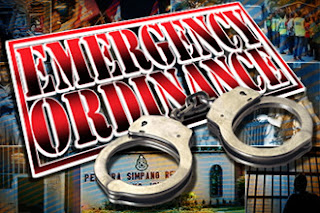 Less than two years ago, Najib abolished the Internal Security Act — which historically had been used to hold political dissidents without charge — amid pledges to uphold human rights in the Southeast Asian nation. But this latest move — ostensibly a bid to combat organized crime — appears to backpedal on these pledges and comes in the wake of a crackdown on opposition figures.
(MORE: Malaysia’s Multiracial Promise Marred by Bigotry and Political Persecution)
“The fear is that the government may use this law against undesirable elements in the political sense rather than the criminal sense,” Kamaruddin Jaafar, an opposition Pan-Malaysian Islamic Party MP, tells TIME. “After a similar initial promise, we previously had opposition politicians who became victims of the Internal Security Act.”
The new provision allows a “Crime Prevention Board” featuring at least one former senior judge to issue two-year detention orders that can be subsequently renewed on grounds of “public order,” “public security” or “prevention of crime.” The board may determine what evidence can be used in its decisions without any legal representation from suspects.
“Malaysia is taking a huge step backwards on rights by returning to administrative detention practices much like the draconian Internal Security Act,” says Phil Robertson, deputy Asia director at Human Rights Watch. “Prime Minister Najib is backing methods that do little to curtail crime but threaten everyone’s liberty.”
Najib has cited recent robberies and high-profile public shootings as grounds for the ramped-up detention laws. “If the government doesn’t act, more people will become victims,” he said, adding that the provision would only target hardcore criminals and “if the police were to arrest anyone, they have to convince the judge that the particular individual should be detained.”
(PHOTOS: Living in Malaysia’s Melting Pot)
The 60-year-old is under pressure after leading the National Front coalition back into power with 133 parliamentary seats in May, despite receiving only 47% of the popular vote to the opposition’s 89 seats and 50% share. This disastrous showing at the ballot box is coupled with the need to court Malay hard-liners within his United Malays National Organisation (UNMO) ahead of the party conference on Saturday.
“The return of detention without trial is part of a larger fight between different factions within UNMO, trying to frame themselves as being [bigger supporters of] Mahathirism,” Ong Ooi Heng, executive director of the Political Studies for Change, a Kuala Lumpur–based think tank, tells TIME, referring to Malaysia’s longest-serving Prime Minister Mahathir Mohamad, who presided over a period of remarkable growth from 1981 to 2003.
Since the disputed poll, Najib has increased race-based entitlements for ethnic Malays and increased the deployment of antiquated charges like “sedition” to corral opposition figures — policies he had previously vowed to scale back. This turnaround, says Ong, shows that “Najib is moonwalking … towards consolidating authoritarianism.” 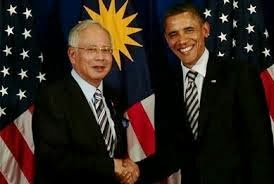 U.S. President Barack Obama was scheduled to visit Kuala Lumpur on Oct. 11 for his Southeast Asia tour — which will now take place in Indonesia (including the Asia-Pacific Economic Cooperation summit in Bali) and Brunei — but was forced to cancel the Malaysia trip in order to handle the ongoing federal-shutdown crisis at home.
Even if the visit were to go ahead, Kamaruddin does not believe Obama would be able to pressure the Malaysian government on rights issues. “Unfortunately, the tendency of the government here is always to refer to what is happening in the American and Britain by saying they are also introducing laws allowing detention that do not go through the courts,” he says.