Instead of scapegoats, restore confidence in exams 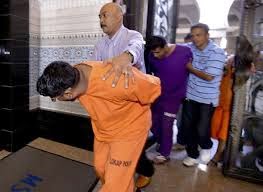 The media highlight on Tamil school teachers for the leakage of the UPSR science and English paper seems dubious and is trying to shift the blame to someone else.

So far no official from examination syndicate have been arrested. Why were the police so quick in arresting Tamil teachers for the leakage of national school UPSR Science and English papers?

Why were the Tamil teachers targeted and not the examination syndicate officials?

The police report on 21st September seems an afterthought to legitimize the police action to arrest Tamil school teachers.

Therefore there are serious flaws in the way the examination syndicate is safekeeping and distributing these examination papers to schools.

All of these things are very disturbing and utterly unacceptable in the context of running fair, balanced and accurate assessments of students through examinations.

There has to be through check on the entire distribution process and storage of examination papers.

Those who are entrusted to prepare, select the questions and safe keep and distribute the examination papers must be people of high integrity.

Ministry of education must restore the integrity and confidence in local public examination once and for all. Shifting the blame to people outside the examination process and low level officers does not look good on the senior officials of the education ministry.

Education minister had announced the suspension of examination syndicate director Dr Na'imah and her deputy Wan Ilias with immediate effect on 12th September 2014.

Tan Sri Muhyiddin said that the two civil servants should be held responsible for having tarnished the image of the ministry and that of public examinations.

But the Education Ministry secretary-general Tan Sri Dr Madinah Mohamad clarified on 20th September that Examinations Syndicate director Dr Na'imah Ishak and the deputy director of operations Dr Wan Ilias Wan Salleh had not been suspended from duty but were assigned to other duties unrelated to the Examinations Syndicate to enable the independent committee to carry out its investigations.

Meanwhile, Madinah said that the Education Ministry will take disciplinary action against all the teachers responsible for the leak of the English and Science papers in this year's UPSR examinations. She added that if any of the teachers are charged in court, they would be temporarily suspended from service with a 50% salary cut.

Ministry of education must be transparent and come clean on the investigation and restoration of a more leakage proof examination system.