Barisan Nasional has no direction in running the country with a fair and equitable manner. Recently, we can see clearly that the leaders of the Barisan Nasional are always playing with fire racism. They tend to raise issues of racism for political objectives. Evidently, each individual wants to defend only his or her own race. This kind of racial politics is damaging the country’s plurality which is our identity and pride inside and outside of the nation. 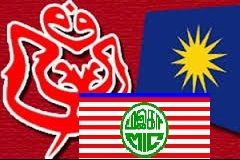 This pattern has been the success formulae of the component parties to govern the country for over 50 years. People have been deceived by stirring up racism. In a state of anxiety and fear, people threw their votes to parties contesting under the umbrella of the Barisan Nasional. Will people still be fooled by the racist agenda that always mocked by the Barisan Nasional?

If the racial politics continue, the country's future will be in darkness. Our country will not achieve the anticipated progress and will be in chaos. Safety and welfare of citizens will be jeopardized. We likewise will not be respected in the international arena if the unrest between ethnics threaten the national security. This will also affect the country's economic system. Altogether, this would be detrimental to all Malaysians, irrespective of race. Future generations will have to live in a state of uncertainty. 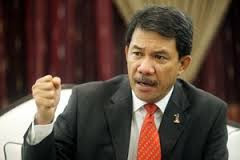 For instance, tMenteri Besar of Negeri Sembilan, Datuk Seri Mohammad Hassan said that there is no need to give any seats to its component parties in Negeri Sembilan. In other words, he does not care about MCA and MIC anymore. This clearly proves UMNO does not respect other races. UMNO, as the main party of Barisan Nasional, did not even bother about other communities. This is absolutely promoting political arrogance undermining the Chinese and Indians in this nation.

The other races are not respected by UMNO. This can be observed from the Menteri Besar of Negeri Sembilan's speech, who had openly expressed his feelings against other races.  I do not know how the leaders of the MCA and MIC could digest the racist speech by this UMNO minister. As a DAP leader, I am disappointed because I had noticed his speech contained thick elements of racism that can, without any doubt, cause disunity in this country. Did he also implicitly say that Barisan Nasional no longer needs the Chinese and Indians' votes?

Posted by speakforperak at 1:00 PTG